Since time immemorial, gold fish has been one of the most sought after ornamental fish by aquarium fish keepers throughout the world. It is considered to be the most popular ornamental fish due to its many variations such as colour, finnages, tail, shape, size and body structure. May aquarist believe that a community aquarium tank is not a complete ones unless it is having few varieties of gold fish. Though similar to golden carp (Carassius carassius), gold fish lacks barbels and a dark spot at the base of each scale. It is one of the oldest known aquarium fish. It was developed in China more than 1000 years ago. There are about 100 varieties of gold fish that appeals to a wide range of aquarium fish lovers. The common gold fish varieties are shubunkin, wakin, jikin, ryukin, fantail, demekin, tosakin, comet, veil tail, moor, oranda, red cap, lion head, phoenix, pompon, telescope eye, celestial, bubble eye, meteor, golden orfe, etc.

For successful rearing of gold fish, it is reported that gold fish require about 40% protein and 4.0 kcal /g energy. Based on the nutrient requirement of this fish as reported earlier, four iso-proteinous (40.0 % crude protein) cost-effective nutritionally balanced practical diets (based on chicken liver, lean prawn meal, mussel meal or squid meal as main dietary protein sources) were formulated and compared with the two commercial diets (59.0 % crude protein) procured from local market. The ingredients and the proximate compositions of the formulated and commercial diets are given in Tables 2 and 3. The diets were fed to the gold fish fingerlings (4.61±0.43 g) for a period of 30 days at 10 per cent of their body weight. The experiment results indicated no significant differences in growth and nutrient utilization of fish fed formulated diets and the commercial diets (Table 4). However, the costs of the formulated diets were found to be much cheaper ((‘.80-300/kg) than the commercial diets ((‘.11 00-3500/kg) used in the experiment. From the growth performance and economics of fish rearing it is concluded that the lean prawn meal based diet is the best and suggested for use for rearing the gold fish.

With each of the formulated feeds, more than 100% growth was achieved within one month of rearing. Hence, aquarium fish traders can rear small fish for about one month using one of the formulated feeds, obtain fish weighing twice or more the original weight and sell them at a much higher price as bigger aquarium fish always command better prices than smaller ones. Fish weighing 5 g sell at ~ 20/- whereas fish weighing 109 fetches ~. 50-60/- in the local market. The equipment (hand pelletizer) used to prepare the feeds used in the present study is readily available to hobbyists and small scale aquarium fish traders. 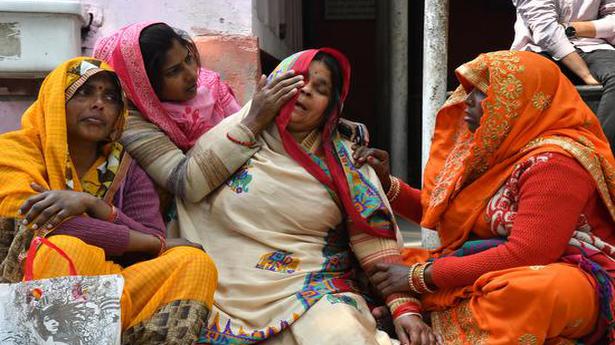 Many victims felled by bullets in Delhi clashes 25 Feb, 2020 | The Hindu 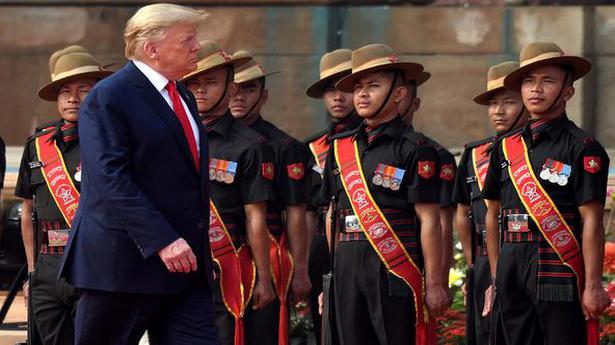 Trump renews offer to mediate on Kashmir, but skir... 25 Feb, 2020 | The Hindu
powered by NewsAPI.org

%d bloggers like this:
We use cookies to ensure that we give you the best experience on our website. If you continue to use this site we will assume that you are happy with it.OkNo